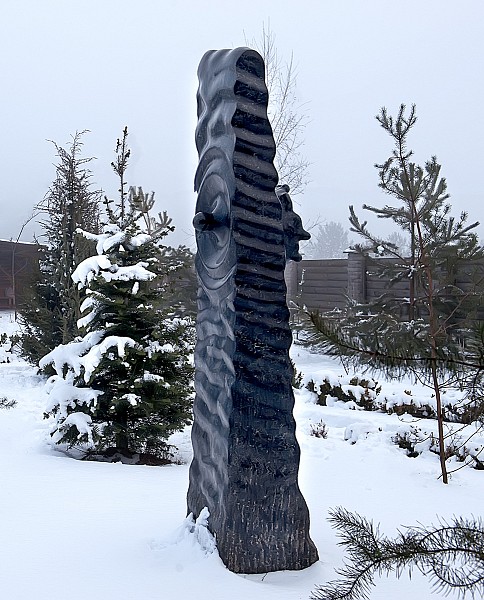 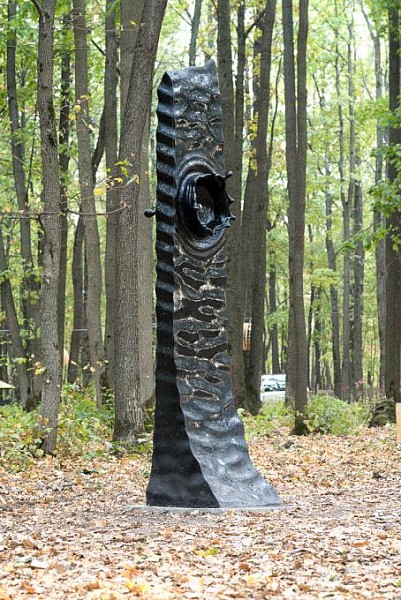 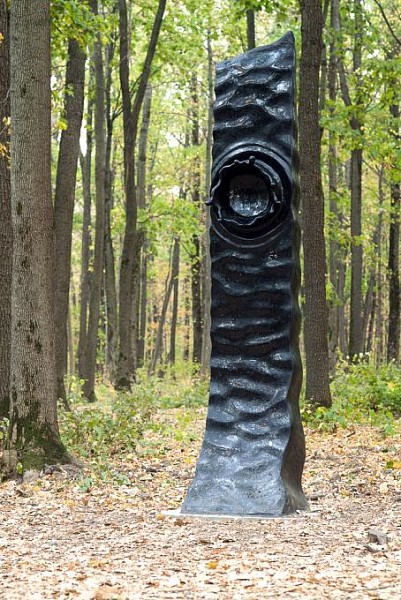 Contemporary art offers a boundless range of diverse movements and directions captivating in their infinite freedom of experimentation, and yet it persuades me of the truthfulness of the impregnable axiom first discovered and proved by the Greeks in the Classical Antiquity, and lingering as their legacy in art. In its most basic form, the axiom maintains that art is an indivisible unity of two dimensions or principles: the profound and inexhaustible essence of humankind existing beyond material reality and beyond time, and the equally inexhaustible mystery of the world as such, of being as such, frozen one in front of the other in a mise en abyme since the dawn of days. In this context, I find it symbolically significant that statues and stonework constitute the dominant part of the Greek legacy. Stone is the most durable and trustworthy material in nature’s arsenal, the one most capable of withstanding the ravages of time. It is thanks to stone that ingenious Greeks discovered not only the eternal beauty of nature, the world and existence as such, but also the main feature of truth: its ability to withstand the ravages of time.

And yet, time just might be the principal mystery of existence, as inexhaustible as existence itself. Moreover, the mystery of time, in its inalienable unity with the inexhaustible truth and mystery of existence, contains all human experience past and present. Obviously, the Greeks were fully aware of it, visualizing the mystery of time in the material opposite to stone in its ephemerality and malleability, namely, in the water element. It was obliquely connected to the very notion of truth, or aletheia in Greek: literally “that which goes against Lethe,” the river of time, the current of oblivion. We see this structure in many languages: for example, Ukrainian spravdeshnie can denote both that which exists now and is relevant at the moment, and that which is real: the face of the universe open to humankind. To peer at it intently means to be astounded by this inexhaustible discovery.

In this work, I wanted the make manifest the overwhelming shock from encountering the truth. The movement of water, including the drip of a single drop falling on stone, is a quotidian phenomenon, nonetheless capable of mesmerizing human beings. Ostensibly, a drop of water is nothing against stone. And yet, we know for a fact that water drops eventually erode stone. My desire to make the ultimate mystery of life manifest through the medium of sculpture has organically produced this image of water on stone, so all-encompassing, transparent and deep that, I think, it encodes the entire totality of human experience. I chose to express this basic formula in the most laconic and startling way possible. In my work, the water drop piercing a boulder remains invisible: we see nothing but its effect on stone demonstrating that even stone is malleable and pliant against time and water; and, vice versa, despite its seeming ephemerality and sweetness, water is an irresistible force. To highlight this notion, I underscored its paradoxical nature with an unconventional composition: the drop pierces the boulder not in a familiar “mild” way, vertically, but with aggressive insistence, almost horizontally. We witness a supernatural miracle: the very truth of existence, once ignored, tries to reach us with the roar of a hurricane. Hurricane winds, one of the disasters growing more frequent due to humankind’s criminal negligence, bring almost horizontal torrential rains capable of razing puny man-made obstacles to the ground.

Therefore, one might say that my work is not only an attempt to make my viewers think, but also a warning: all accomplishments the humankind is so proud of are little more than proud monuments that will tremble and rattle with the first encounter with the truth of existence, the eternal and inalienable passage of time, when each moment contains the ineffable and inexhaustible eternity. 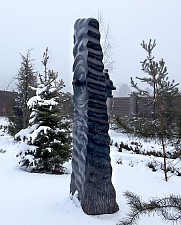 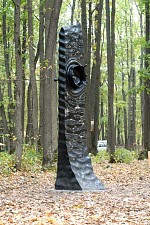 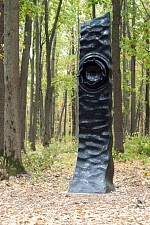