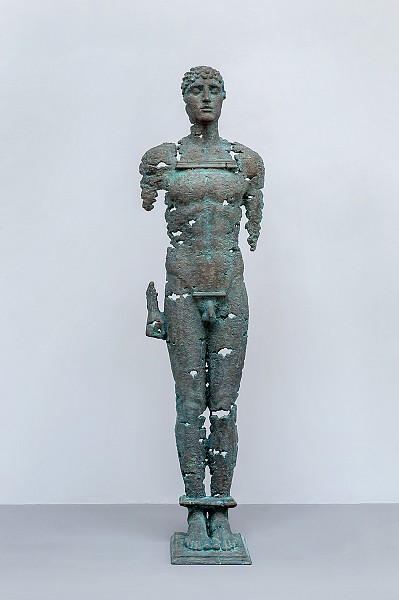 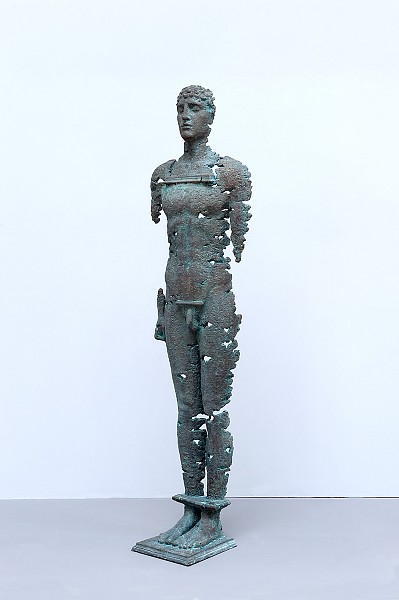 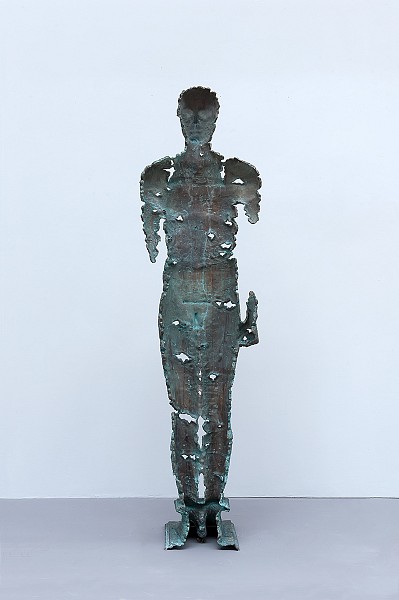 The sculpture Colossus Awakening is a part of the Awakening diptych, comprised of a male and female figure

The statue depicts the awakening of the free human spirit in the times when the present consumerist culture has, as the artist sees it, entered a stage of crisis.

Its main message states that humankind should know itself beyond superficial clichés, ambiguous commonplaces, predetermined opinions and hopes for the future imbued with spiritual values inherited from the past. It is no coincidence that Zigura engages with images from the Greek antiquity, the culture whose high aesthetic and moral ideals had informed the entire European culture.

Engaging with and, in a way, deforming sculptural types from the Greek legacy, Zigura demonstrates deformed moral values of the contemporary civilization, and its pervasive disorientation. These pitfalls engender global problems and conflicts as they extend from the individual level towards the common, and result in the decline of the civilization. A body in ruins is an allegory of the moribund passive spirit. We, the denizens of the present world, no longer notice that our authentic self languishes in deep slumber and is slowly dying: it is no longer a prerequisite for surviving in the consumerist culture which prioritizes material wealth. We should shake off the slumber! 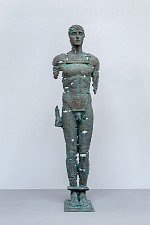 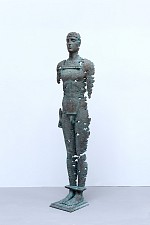 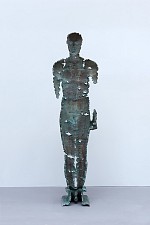